Animal conservation is a top priority at the Akron Zoo. That is why we are part of the Association of Zoos and Aquariums (AZA) Species Survival Plan (SSP).

Genetic diversity is key to managing animal populations in human care. The SSP is a program designed to cooperatively manage specific and typically threatened or endangered species within AZA-accredited zoos.

The Akron Zoo currently participates in 49 managed SSPs. Working cooperatively through management programs we can responsibly breed and care for endangered species to ensure genetic diversity well into the future.

Through the work of zoos and other conservation groups, many animal species whose numbers were declining are now making a comeback.

The bald eagle was adopted as our national bird in 1782. At that time, this bird of prey was quite common throughout North America, numbering from 300,000 – 500,000 individuals. Sadly, by the 1950s the species had declined to only about 412 nesting pairs due to hunting and DDT pesticide use, which caused the eagle’s eggshells to become brittle and break during brooding. Through persistent efforts by the United States and Canada, the bird’s numbers have slowly increased and today they are listed as "least concern" by the IUCN Red List.

In 1940, Congress passed the Bald and Golden Eagle Protection Act, making it illegal to possess, sell or hunt bald eagles in the U.S. This includes not only living eagles but also their feathers, nests, eggs and body parts. The only exceptions to this law are made for eagles who would be unable to survive in their native habitat, such as the bald eagles at the Akron Zoo. Sadly, all of our eagles experienced injuries in their native habitat which caused them to lose most or all of their wings. Since these eagles are unable to fly, they could not be released after rehabilitation. Instead, they make their home at the Akron Zoo, where we can provide a natural habitat with lower perching, social opportunities and enrichment.

The North American river otter is a playful species found throughout most of North America. However, in the 1800s, their population began shrinking due to unregulated trapping and habitat destruction, and the species eventually disappeared completely from Ohio. However, in 1986, the Ohio Division of Wildlife began a project to reintroduce North American river otters to our area, and in 2002, Ohio’s otter population was thriving and was removed from the Ohio endangered species list.

River otters are now listed as the least concern on the IUCN Red List and can be found in 75 watersheds throughout Ohio. Thanks to increased otter awareness, local habitats are healthier and safer for these otters than they have been in decades. However, it is important to carry on this success story in order to see continued population growth and healthy ecosystems. The Akron Zoo participates in the North American River Otter SSP, and we hope to continue fostering a happy and healthy otter population in human care. By learning more about how best to care for river otters at the zoo, we can also learn how to best manage and support the native population and continue species recovery.

Several species of Partula snails, a land snail, were once common in the South Pacific Islands. This small herbivorous snail was used to decorate ceremonial wear and jewelry by native people. In the 1960s, a non-native African land snail established itself in the same area after escaping cultivation programs. Unfortunately, the African land snail began eating local agricultural crops.

In an attempt to control the infestation of the African snail, yet another, this time, the carnivorous snail was released. This snail, the Florida rosy wolf snail, apparently found the Partula snail tastier than the African land snail and began hunting and eating its way through nearly 76 species of the native Partula snail. Today, they are considered extinct in the wild.

Fortunately, there are a few species of Partula snails that survive in zoos. The Akron Zoo is one of roughly six zoos working on increasing the Partula snail population. Through breeding, we have cultivated a healthy colony of snails in human care and, in partnership with the St. Louis Zoo and other zoos, we are working to reintroduce the Partula snail into a protected reserve in Tahiti.

This top predator once ranged throughout much of the southeastern United States into coastal areas of Texas. The clearing of forested habitats and aggressive predator control programs nearly brought the red wolf to extinction by the end of the 1970s. In 1980, 14 remaining red wolves were brought into human care to take part in breeding programs, causing them to be officially extinct in the wild.

The Akron Zoo is one of several AZA-accredited zoos that are working to help re-establish the red wolf population. In 2021, the Akron Zoo welcomed critically endangered red wolf pups for the first time in its history. The zoo’s female red wolf gave birth to eight pups, four of whom were designated by the Red Wolf Recovery Plan to be cross-fostered to a den in their native habitat where a native red wolf had recently given birth. These pups, two males and two females, were transported to North Carolina when they were just over a week old, and USFWS officials successfully introduced the pups to the foster den that day. This was the first time since 2014 that red wolf pups were able to be reintroduced into their native habitat. One year later, the two females were able to be captured, collared and re-released. This process helps with tracking and allows conservationists to better provide population management and support for the species.

The zoo supports the Red Wolf Coalition, an organization that advocates for the long-term survival of red wolf populations. They work with local communities to educate and foster public involvement in red wolf conservation.

Found in 12 countries across Central Asia, it is thought that only about 2,500 to 4,000 of these mountainous cats remain in their native habitat today. Many of the threats affecting snow leopards are human-related and include poaching, loss of habitat and prey, mining activities and lack of resources.

Several AZA-accredited zoos are home to snow leopards, including the Akron Zoo. Since the opening of Legends of the Wild in 2005, the zoo has seen four litters of snow leopard cubs. Through the Snow Leopard SSP, once the cubs were mature enough to leave their mother, they were moved to other zoos where they were paired with appropriate mates to continue increasing the population size.

Through our Conservation Fund, the zoo supports the Snow Leopard Trust. This organization works with communities in China, Mongolia, India, Pakistan and Kyrgyzstan to help educate and build an environment where snow leopards can thrive. 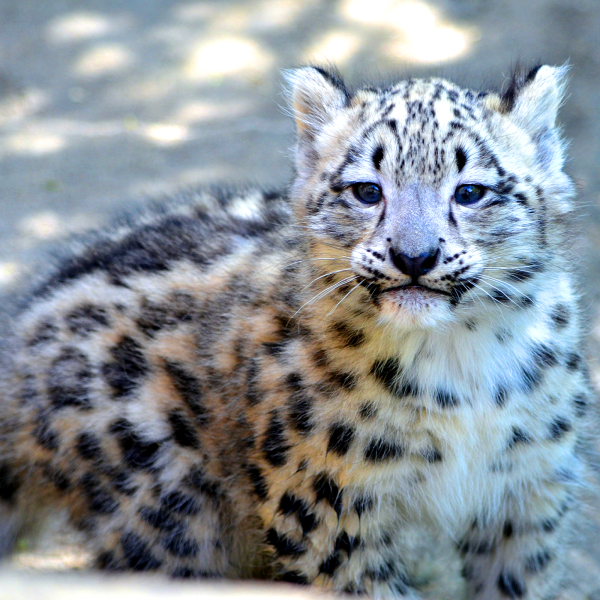