Ostrich ferns are named for their bright green fronds, which are reminiscent of ostrich feathers. These deciduous ferns grow up to four feet tall with a five to eight-foot spread. Young fronds grow in tight spirals known as fiddleheads. Before they fully unroll, these fiddleheads can be harvested and sold in specialty markets for consumption. These thick and succulent spirals taste very similar to asparagus. Fronds have also historically been used medicinally for treating ailments such as back pain.

Once unrolled, the fronds create a massive crown, with the bright green fronds forming a vase around the dark brown fronds in the center. As summer continues, the outer fronds begin to wilt and lose their leaves. By winter, all of the fronds will have wilted and the plant becomes dormant.

Ostrich Fern at the Akron Zoo 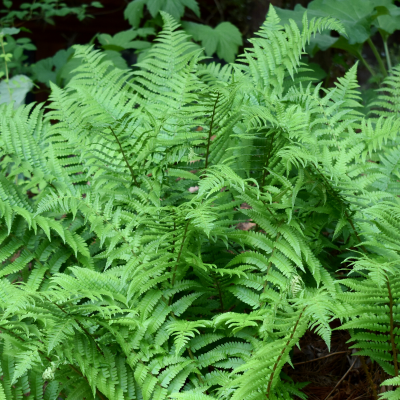 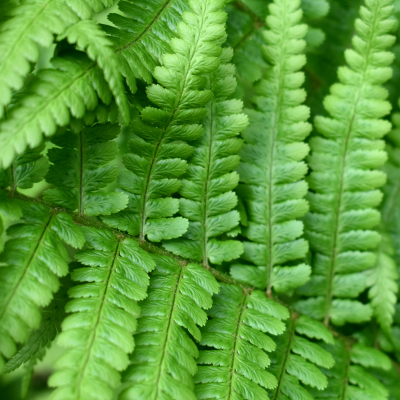 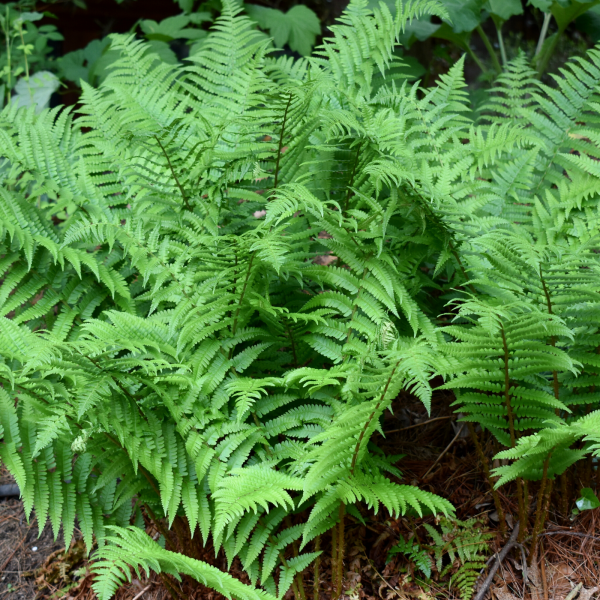 Long ago, people could not tell how ferns reproduced because they did not seed or flower, and fern seeds were thought to have the power to make a person invisible.

Ostrich ferns are one of the most common fern species, native to eastern North America, eastern Asia and Europe.

Yes, ostrich ferns are well-equipped to handle Ohio weather. The plants are hardy to -4°F. These plants thrive in wet environments such as shady wooded areas, wild gardens, rain gardens and near the borders of ponds or streams.