About the Dawn Redwood

In the age of the dinosaurs, it is believed that redwood trees were bountiful. However, today, only 15 species of redwoods remain. The dawn redwood is the last surviving member of the genus “metasequoia.” Although this species is smaller than its relatives (the Coast Redwood and the Giant Redwood), it can still reach as much as 100 feet tall when fully grown. Its bark and foliage are also similar to other redwood species, but unlike these species, the dawn redwood is a deciduous conifer, meaning its bright green needles turn a reddish-brown and fall to the ground in autumn.

Currently, it is unlikely that the dawn redwood will become extinct thanks to its introduction to botanical collections around the world. However, this species is still considered “endangered” by the IUCN, and conservation measures continue to be a high priority in China, where land-use changes are threatening the only known native population.

Dawn Redwood at the Akron Zoo 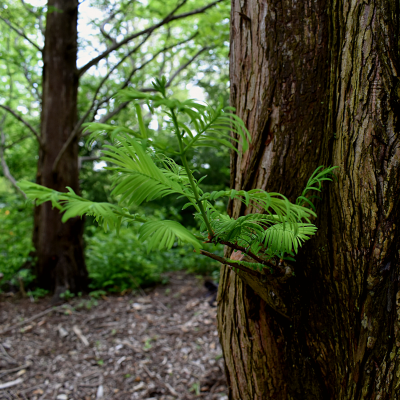 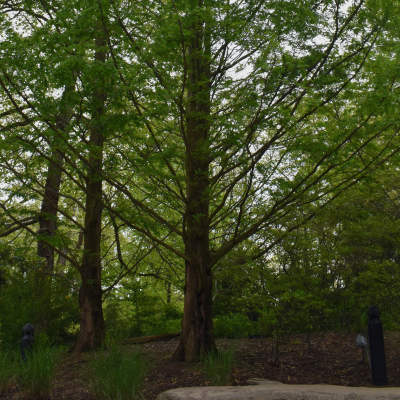 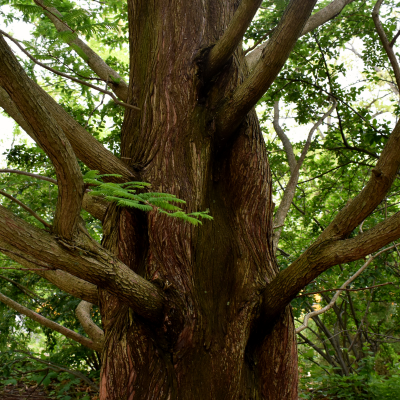 Dawn redwood can be found growing in Legends of the Wild at the Akron Zoo. 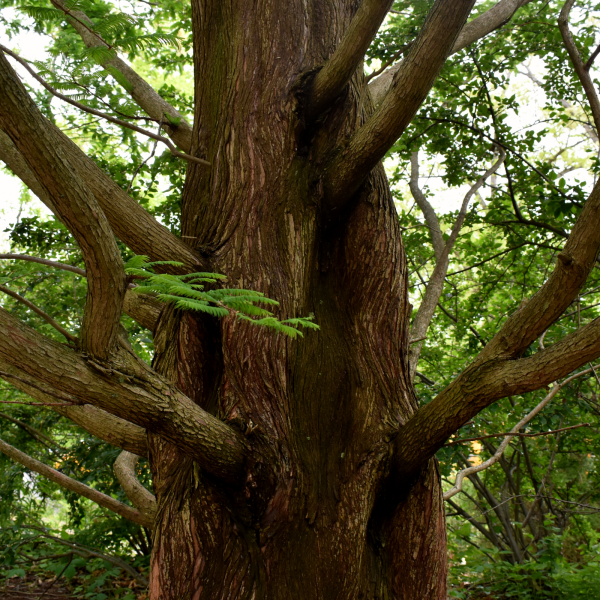 The dawn redwood was thought to be extinct until a small population was found in a remote valley in China in the early 1940s. In 1947, seeds were collected by the Arnold Arboretum and distributed worldwide in an effort to conserve the species.

100 million years ago, the dawn redwood could be found throughout the northern hemisphere, including North America, Greenland and Europe. Today, the only remaining native population is located in South-central China.

Yes! While not native to our area, the dawn redwood is a low-maintenance, winter-hardy tree that is well suited to Ohio. Saplings are fast-growing and easily transplanted, and adult trees provide winter cover for birds, small mammals and deer. The dawn redwood can grow in most soil types and, while it prefers moist conditions, trees are tolerant of mild flooding or drought. Dawn redwood is also one of the most commercially available deciduous conifers, making it relatively easy to find for purchase.