Chinese wisteria is a woody, twining vine that can grow to be more than 40 feet tall when using support structures, such as scaffolding or trees. From May to June, Chinese wisteria is covered with beautiful hanging purple flowers.

This perennial can self-sow by seed in addition to sending out runners, so it can be difficult to keep its growth in check. Individual plants can survive 50 years or more, constantly expanding and overrunning nearby vegetation.

Wisteria can be found in several botanical gardens and national parks throughout the US, where populations must be closely managed to prevent invasive spread. There have been many invasive plants identified as hybrids between Chinese wisteria and Japanese wisteria. However, despite its weed-like and destructive tendencies, Chinese wisteria remains a popular plant in nurseries and gardens.

Chinese Wisteria at the Akron Zoo 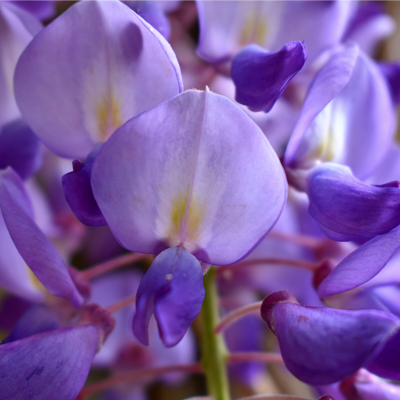 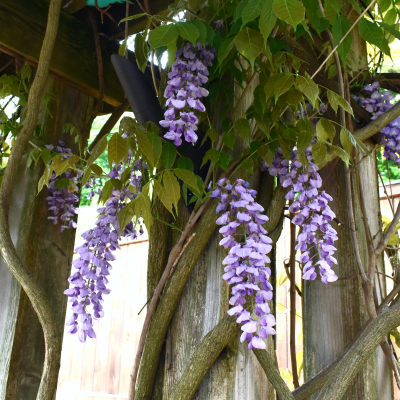 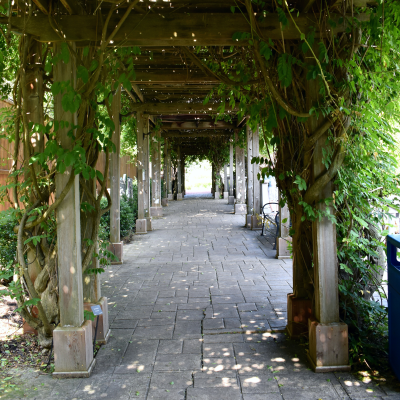 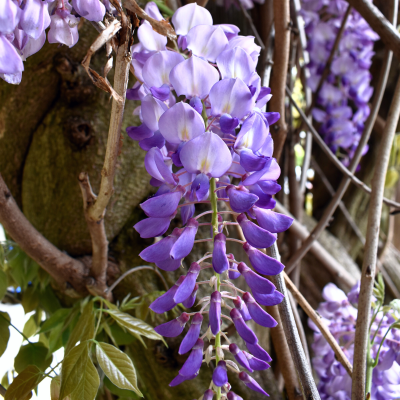 The zoo maintains a single population of Wisteria, which grows over our Lehner Family Zoo Gardens pergola. Our Horticulture team can closely monitor its growth to prevent spread. The pergola is a favorite location for wedding pictures, especially from May to June when the wisteria is in bloom. 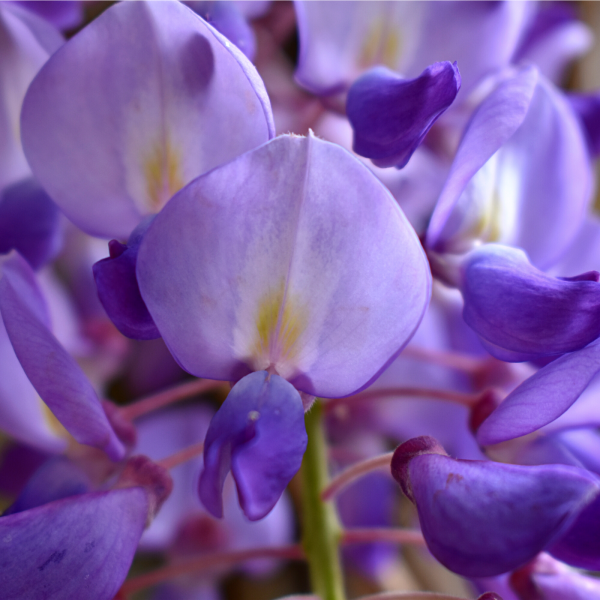 Wisteria is known as a symbol of romance, good luck and success in Chinese culture.

Chinese wisteria is native to the more temperate areas of China where it can often be found growing along forest edges and roadsides. Because of its beauty, this plant has been introduced to gardens worldwide, though unfortunately, it has escaped cultivation to become an ecological pest. First introduced to the US in 1816, Chinese wisteria is now considered invasive in at least 19 states, from Texas to Massachusetts.

No, please do not plant Chinese wisteria at home. This plant’s fast growth can be difficult to manage, and uncontrolled spread can spell disaster for local ecosystems. Instead, we recommend enjoying Chinese wisteria at your local botanical and public gardens, where populations are closely managed and growth is kept in check by professionals