The tufted deer is a small deer species with dark brown fur, a white belly and a gray and white head and neck. This species is named after the distinctive tuft of hair on the top of its head which is darker in color than the rest of the deer’s body. The tufted deer’s coat is densely packed with short, spiky hairs, giving them a shaggy appearance. Offspring look similar to adults, aside from an additional row of white spots along each side of their spine. When fully grown, male tufted deer grow short, spiky antlers that stay hidden beneath their fur. These small antlers are overshadowed by the male’s most striking feature - two fang-like canines.  Males may use both their canines and horns to defend territories and win the affections of females.

Tufted deer are crepuscular, meaning they are most active at dawn and dusk. Deer may form bonded pairs or live a solitary life, and they will travel fixed routes within their territory. Tufted deer prefer to travel to areas with good cover, offering protection from predators. When alarmed, tufted deer will make a barking sound before running away in an unpredictable pattern, confusing their enemy. Deer will show their white tails with every jump, then flop down, making their location harder to track. Tufted deer will also make a barking sound during the breeding season, which helps them locate and communicate with partners.

Tufted Deer at the Akron Zoo 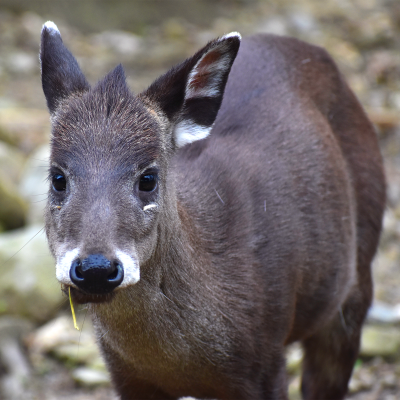 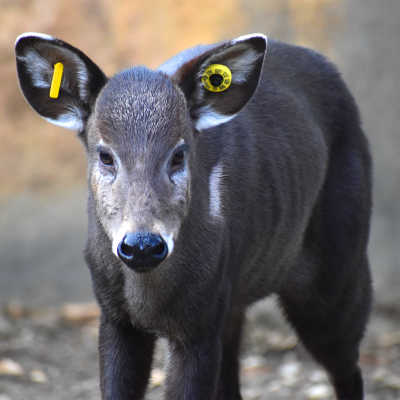 Our tufted deer can be found in Legends of the Wild. They share their habitat with our emperor geese and red-breasted geese. 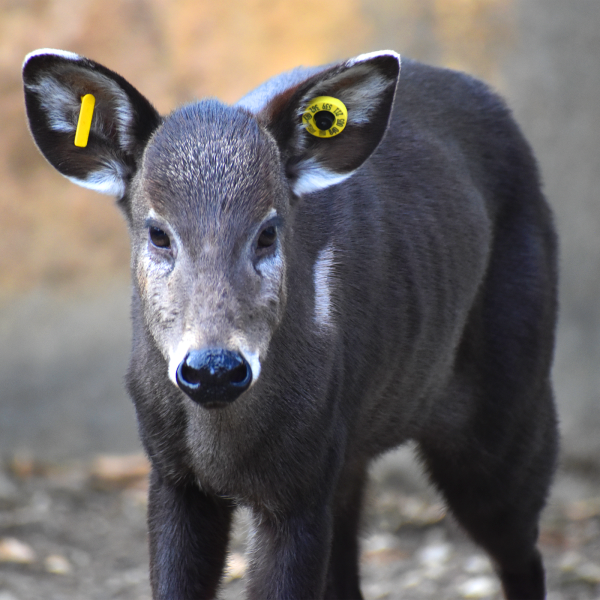 Tufted deer can be found in high valley jungles and mountain forests.

Tufted deer can be found in Myanmar, as well as southern and central China.

Tufted deer will eat fruit, leaves, twigs, grasses and many other types of vegetation.

Tufted deer are classified as “near threatened” by the IUCN Red List. This species faces threats due to hunting and trapping, and populations are estimated to continue their decline.