Seba’s short-tailed bats are small to medium-sized fruit bats with relatively short ears and a short, triangular nose leaf. They have fur that is dense and soft and can be a variety of colors ranging from black to brown to gray, with both albino and orange individuals found in certain areas. In the West Indies, females are usually larger. Males are larger everywhere else this species is found. This species of bat is known by many names including the Seba’s short-tailed bat, leaf-nosed bat, New World fruit bat, short-tailed fruit bat or the New World leaf-nosed bat.

Seba’s short-tailed bats usually roost in groups of 10 to 100 individuals. They will form harem groups, with one male and many females. They may also live in bachelor groups with multiple adult and juvenile males. Groups prefer to roost in caves, hollow trees and tunnels, though they can sometimes be found in rock crevasses, in buildings and under leaves. When there is a food shortage, bats may become slow and sluggish and, in the winter, these bats hibernate in caves.

Seba’s short-tailed bats fall into the category of “microbats,” or Microchiroptera. Unlike the larger megabats, who are all frugivorous, microbats can be herbivores, carnivores or frugivores. Some species even feed exclusively on blood. Microbats have complex and sometimes large external ears, which are used for echolocation. 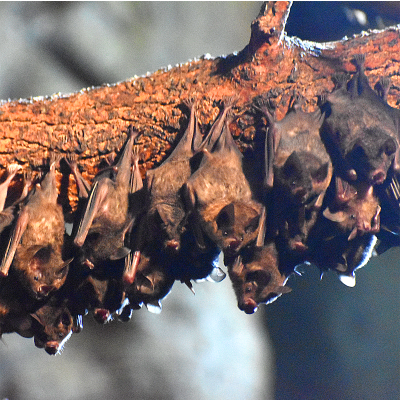 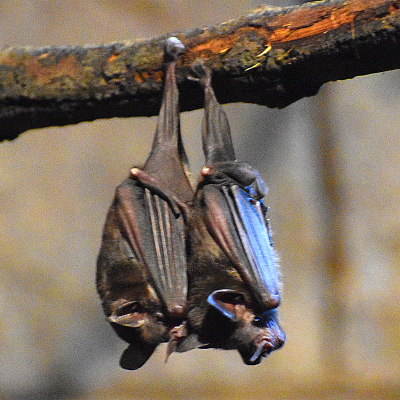 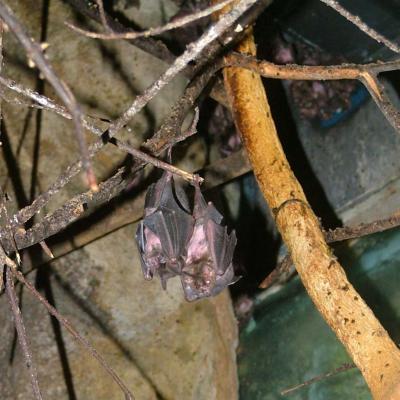 Seba’s short-tailed bats can be found in the zoo’s nocturnal animal building, which is located in Legends of the Wild. 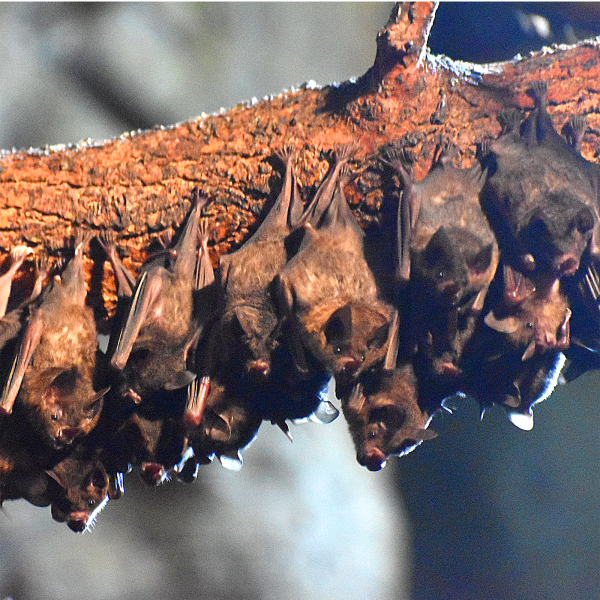 Bats are the only mammals who can fly. The order name “Chiroptera” means “hand-winged.” Bats’ wings are actually modified forelimbs with a skin membrane supported by four fingers.

Seba’s short-tailed bats live in a variety of habitats including tropical rainforests, tropical deciduous forests, temperate rainforests and temperate forests in moist evergreens or dry deciduous trees. They prefer lower elevations ranging from 3250-5000 feet, but they have been documented in elevations up to 7800 feet.

Seba’s short-tailed bats can be found in Central and South America, specifically Paraguay, northern Argentina, southeastern Brazil and from Mexico to Bolivia.

This specific microbat is frugivorous. They mainly eat fruit, but they also find pollen and insects to be a tasty treat. They typically forage for food near the ground. Like all fruit-eating animals, fruit bats are vital to the ecosystems in which they live. Since they eat fruit, they spread seeds through their defecation, which helps generate new growth of plants.

This species of fruit bat is common and widespread throughout their range.