There are only two types of ruffed lemurs in the world: red ruffed lemurs and black and white ruffed lemurs. These species are the largest lemurs in the family “Lemuridae.” Red ruffed lemurs have deep rust-colored fur on their whole body with black extremities. They can grow to be 43 to 47 inches in length, including their two-foot-long tails. They are primarily diurnal animals with their peak activity occurring in the early morning or early evening hours. They prefer to spend time in the top layers of the forest canopy, where they have more mobility, instead of on the ground.

Red-ruffed lemurs are tree-dwellers who live in social groups. Some groups may contain as few as two adult lemurs, while larger communities might contain up to 16 animals or more. Females are dominant in these groups, and their role is to defend the territory. Community groups will claim territories of 60 to 150 acres, organized around the largest fruiting trees in the forest.

These lemurs are highly vocal. Neighboring groups will call each other through the forest with raucous calls. They have an elaborate system of alarm calls that alert group members to danger. These calls vary depending on the location of the danger, and its source. Researchers have recorded at least twelve distinct calls to date. Scent marking is also used for communication. 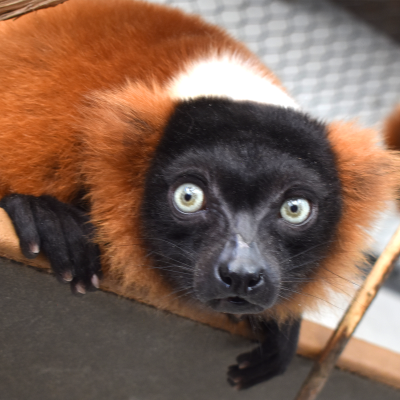 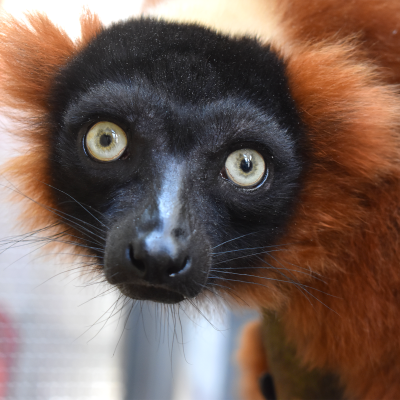 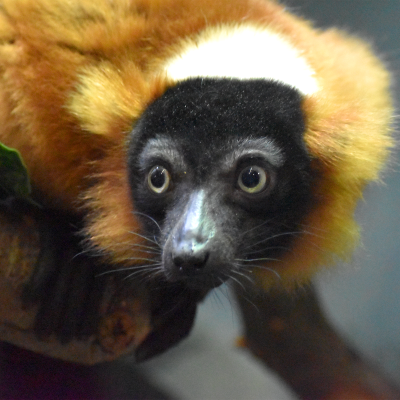 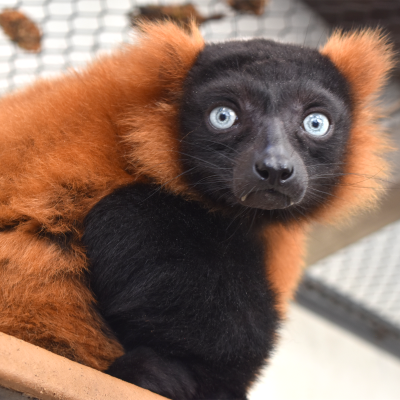 You will find red-ruffed lemurs in the zoo’s Madagascar building, located in Legends of the Wild.

All four of our lemurs are sisters, but Gwen is from a previous litter. 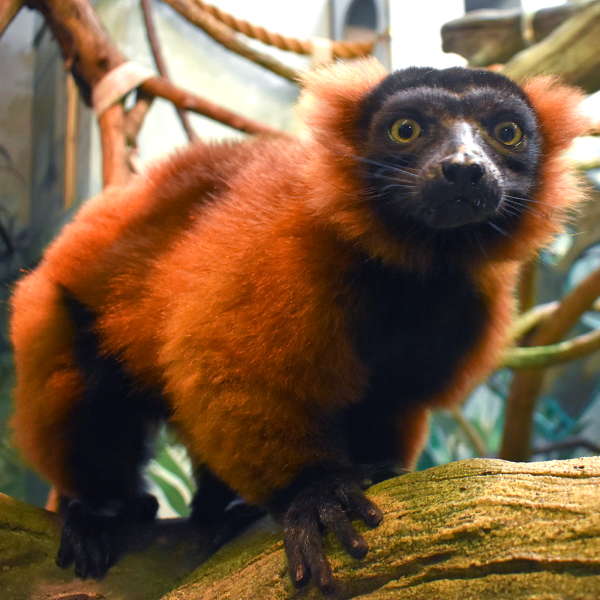 Due to their feeding habits, red-ruffed lemurs help to pollinate the plants they feed on. This makes them one of the largest pollinator species in the world.

Red-ruffed lemurs live in deciduous tropical forests, preferring to spend most of their time in the tree canopy.

Red-ruffed lemurs live on the Masoala Peninsula of Northeastern Madagascar.

Their diet consists of fruits, nectar, seeds and leaves.

Red-ruffed lemurs are considered “critically endangered” by the IUCN Red List, along with most other lemur species. Hunting and habitat loss are the major threats, particularly because red-ruffed lemurs are so dependent on large fruit trees in old-growth forests. Collection for the pet trade also poses a threat.

The Akron Zoo supports the Madagascar Flora and Fauna group, an organization dedicated to supporting endangered species through research that informs conservation, conservation action, and education for both local people and conservation professionals.