Nigerian dwarf goats are short, stocky goats who were bred as show animals or companion animals. They resemble a miniature dairy goats, with straight coats that may be black, brown, red, gold or multi-colored. Females can produce up to 2 quarts of milk per day. This milk is higher in butterfat and protein than other goat milk, making it ideal for butter and cheese production.

Because of their calm temperament and size, Nigerian dwarf goats also interact well with children and other animals, making them a favorite for many up-close experiences in zoos. These goats usually weigh about 75 lbs. and can be horned or hornless. 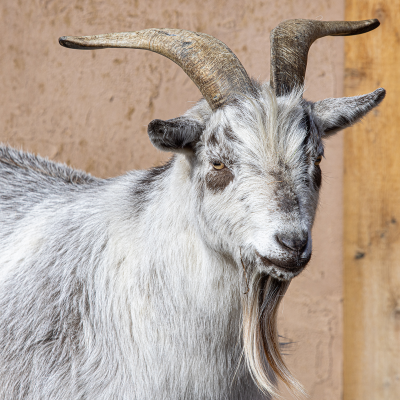 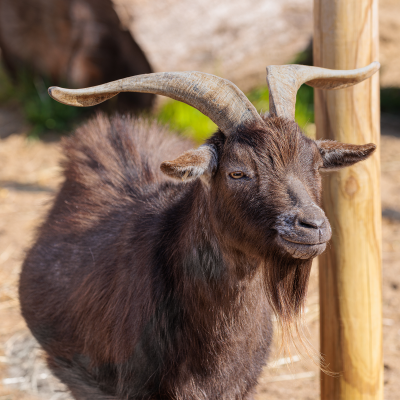 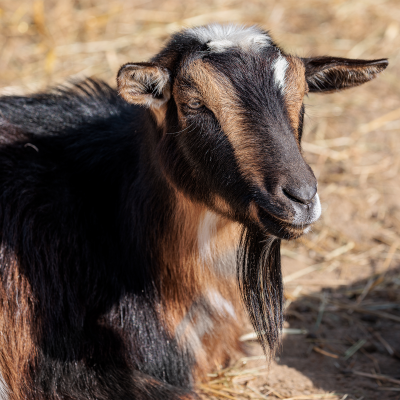 Nigerian dwarf goats live at the Akron Zoo in Landon & Cynthia Knight Pride of Africa in the boma. Guests can purchase crackers, while supplies last, to feed the goats. 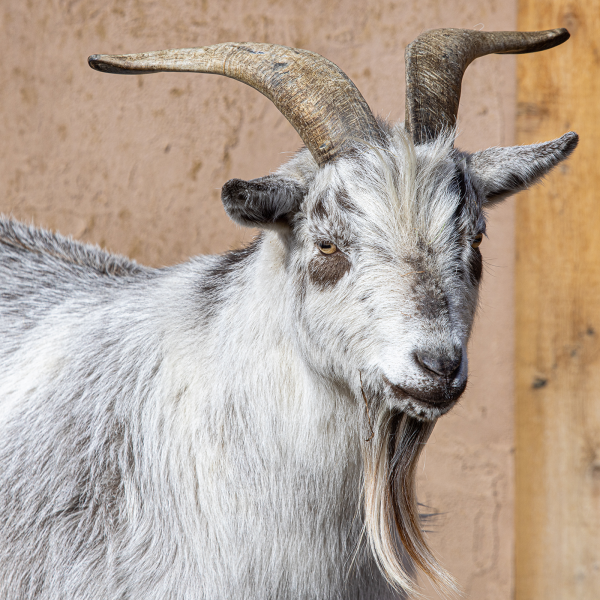 Goats were the first animals used for milk by humans. Today, 72% of the milk consumed around the world is from goats. It is richer than cow’s milk, more nourishing and easier to digest.

Originally these goats lived in the wet tropics and damp savannas of western Africa. They are now found on farms, petting zoos and backyards as pets and domestic livestock. They can thrive in a wide range of climates.

The Nigerian dwarf goat was first bred in western and central African countries, though the species is now found throughout the world.

Nigerian dwarf goats mostly eat grasses, plants and parts of small shrubs or trees. These goats can even eat poison ivy or poison oak without feeling the effect, and many goat owners take advantage of this, letting their goats clear plants that other animals won’t eat. They can improve pastures by removing weedy undergrowth and invasive plant species.

In the 20th century, there was concern about the viability of the breed. However, as they became more popular in human care, their numbers grew rapidly. A herdbook was established in 1980 and the breed was recognized by the American Dairy Goat Association in 2005. Later these goats were listed on the watch-list as a heritage breed by the Livestock Conservancy as recovering, and the species has been considered recovered since 2013.