Adults weigh on average 80 to 250 pounds although there have been records of males weighing 347 pounds. They measure about 6 feet long plus a 30” tail and about 30 inches at the shoulder. They are the largest cat in the Americas. The coat is a tawny yellow with spots on the head, neck and legs and rosettes on the rest of the body. There are also melanistic, or black, individuals. These individuals also have spots and rosettes which are more visible in bright light.

Jaguars are one of the rarest big cats and very difficult to study in their native habitat. They are mainly nocturnal hunters, hunting mostly on the ground; however, they will occasionally sit in a tree to ambush their prey. They will sometimes drag their prey up into a tree to protect it from scavengers.

Unlike most large cats, they do not kill their prey by biting at the neck. Instead, they have amazingly powerful jaws that allow them to kill their prey with one bite through the temporal bones of the skull.

Jaguars are extremely solitary animals. They will avoid face-to-face confrontation by marking their territory with scratch marks, scat and urine scents on trees. An occasional fight can occur between males battling over territory. They come together only to mate. The male leaves shortly after mating and the females raise their young on their own.

Jaguar at the Akron Zoo 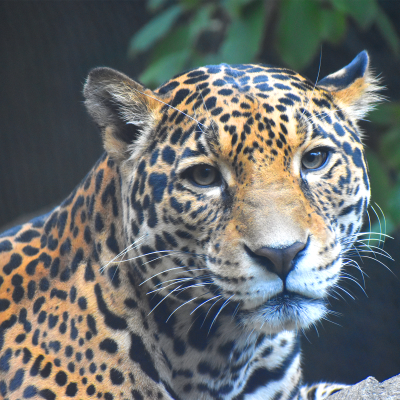 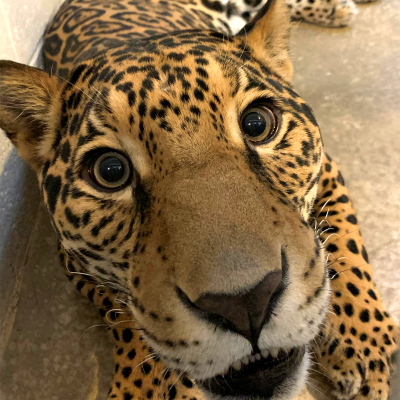 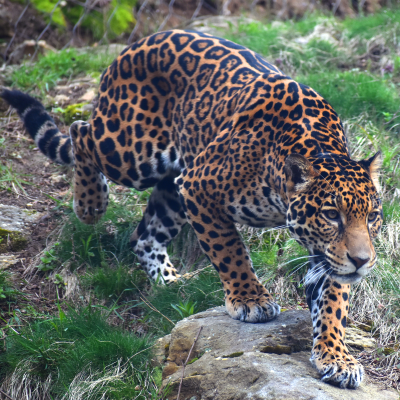 The jaguar at the Akron Zoo resides in the Legends of the Wild area. 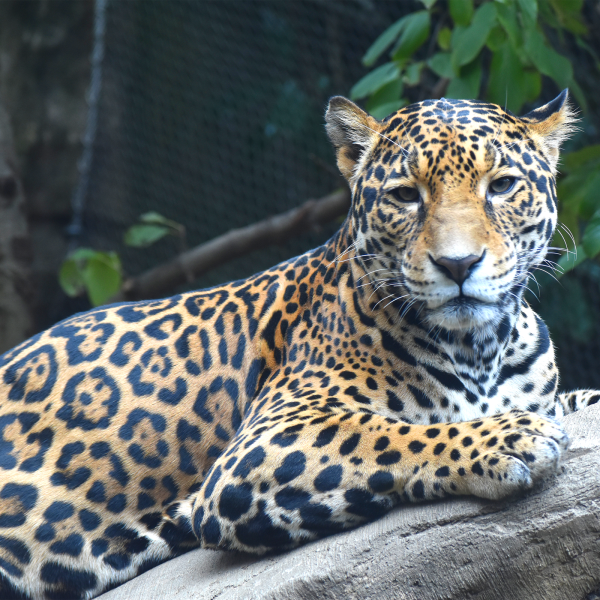 Jaguars are excellent swimmers and love the water. On hot days they like to swim or rest in streams. Jaguars and tigers are the only two big cats that like to be in water.

Jaguars live in many types of habitats, which include dense jungles, reed thickets, shoreline forests and open country as long as the habitat can provide good enough cover for hunting and a good water source. Their highest population is found in the lowland rainforests of the Amazon Basin. A jaguar’s territory varies based on food availability but generally can be about 20 square kilometers

Jaguars originally ranged from the far southwestern United States to Argentina; however, they have been gone from the US since about the 1950s. They are now found mostly in Mexico and Central and Southern America, as far south as Patagonia.

They prey upon almost anything in their path including capybara, peccaries, tapirs, armadillos, monkeys, deer, pigs, sloths, fish, turtles, birds, small alligators and even livestock.

Jaguars are “near threatened” on the IUCN Red List. Threats facing jaguars are deforestation, poaching, habitat loss and food scarcity.