The coyote’s fur is grayish brown to yellowish-brown and has whitish underparts. They have large triangle ears and a long narrow muzzle. Coyotes have long bushy tails, yellow eyes and black noses. One difference between dogs, wolves and coyotes is that coyotes run with their tails down. Coyotes are smaller than wolves weighing 20 to 50 lbs.

Since coyotes get most of their food from hunting they have developed several different hunting techniques for different kinds of prey. Hunting smaller animals, the coyote will stand still and pounce on prey.

Coyotes tend to hunt alone at night; however, when hunting larger animals like deer, they will hunt in packs. One or two will be chasing a deer; others will see and join the chase.

This teamwork helps to tire the deer and make the kill easier. Coyotes will also catch animals, like badgers, as they come out of the burrow.

Coyotes belong to a pack. There is a dominance hierarchy within packs which is established by fights between competing coyotes. When the alpha male dies or gets replaced, the position will always be filled within the pack.

The basic unit of the pack is the mated pair; this is the alpha male and alpha female. This pair is usually the only individuals who mate.

Being in a pack is beneficial since it allows for protection, more resource availability and a better chance of survival for the alpha male’s pups. Transient individuals are yearlings, diseased or elderly coyotes and have higher mortality since they are on their own. This gives the coyote a low status since it cannot compete within the hierarchy. Transients that are healthy, year-old coyotes or ones that recover from their disease may be accepted into a pack if the mating pair approves.

Coyote at the Akron Zoo 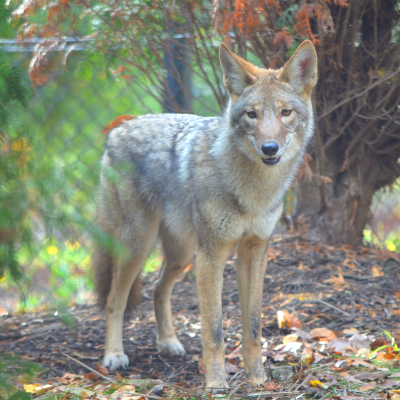 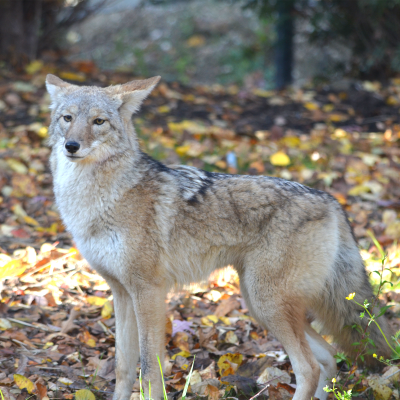 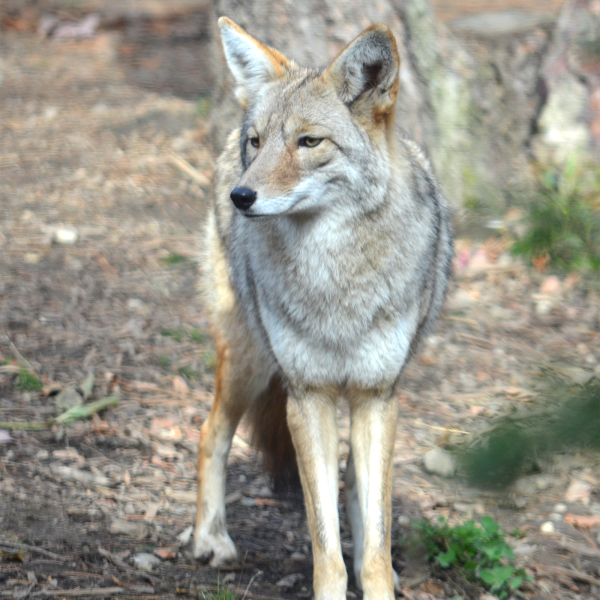 The coyote is a very vocal animal with a number of vocalizations. To let other coyotes know where they are, they will use long howls. Barks are used to warn of danger. Yips are used to welcome a new member to the pack. Growls establish dominance. High pitched barks are used to summon puppies and whining is used when males and females are establishing bonds.

They have a variety of habitats including plains, brushy areas, and fields. Some have also adapted to live in urban environments alongside humans.

Coyotes are classified as “least concern” by the IUCN Red List as populations are increasing.