There are two types of alpacas – the Huacaya and the Suri. Ninety-five percent of alpacas are huacaya, with full fleece whose crimp or crinkle is found throughout their fleece. The fleece of the Suri is made of lustrous, straight fiber which hangs down in “dreadlocks,” giving the Suri alpaca a completely different appearance.

Alpaca at the Akron Zoo 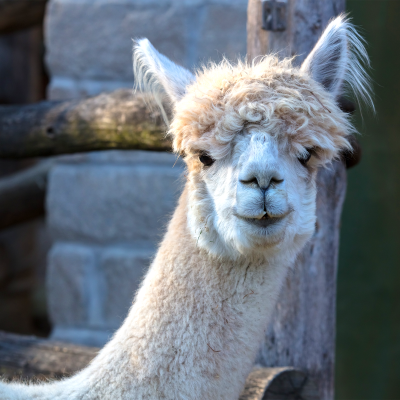 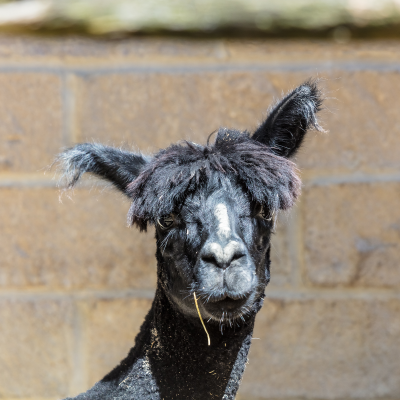 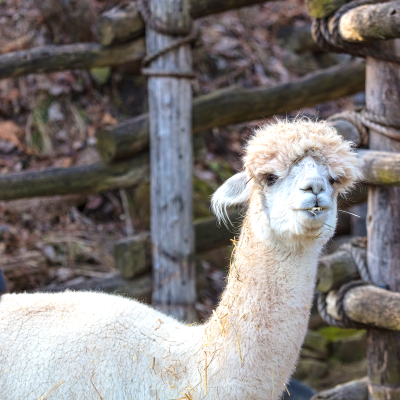 Alpacas can be found in the Legends of the Wild area at the Akron Zoo.

Alpacas communicate with a series of ear and tail positions and body postures. They will make humming sounds and a shrill alarm call when threatened by predators.

They live in the high mountain foot hills.

They are native to the Andes Mountains in Peru, South America.

Alpacas are ruminants, so they chew cud like cattle. They eat different types of grasses, hay, grain and alfalfa.

Native populations are not endangered now, but are still relegated to the highest regions of the Andes. It is also believed that crossbreeding with llamas is reducing the population as well.