Learn about the zoo's songbirds and why their conservation is essential 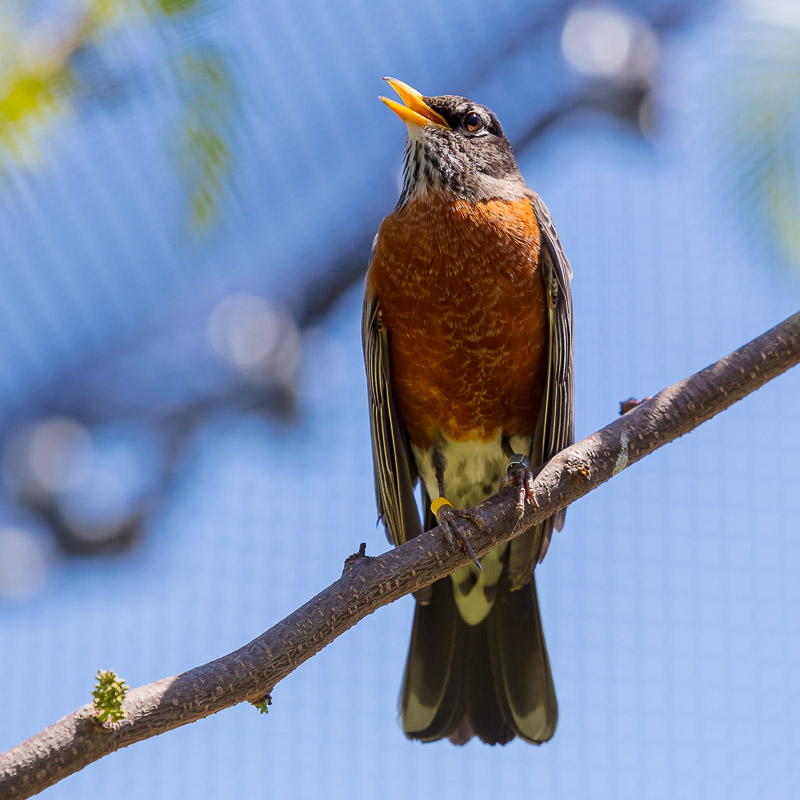 Ohio Lights Out is a program run by the Ohio Bird Conservation Initiative (OBCI) that “is working to prevent bird collisions [with buildings].” A study (Loss, Will, Loss, & Marra, 2014) estimates that over one billion birds die from building collisions in the United States annually, and this is most common during spring and fall migration. Thanks to the Akron Zoo’s partnerships with Ohio Lights Out (Lights Out Cleveland and Lights Out Akron-Canton) and other licensed wildlife rehabilitators, we have been able to provide homes for many rehabilitated, non-releasable birds found in Northeast Ohio and the surrounding region. Most of these birds come to the zoo with wing injuries or other types of physical traumas suffered from window collisions. After a quarantine period, birds are flight-tested to ensure they can navigate the terrain of the aviary and perch and fly appropriately. By allowing these birds to have a second chance in our aviary, guests can gain an appreciation for native birds and learn about conservation actions they can take to help local wildlife.

The aviary is a close representation of the birds’ natural environment built into a hillside of the zoo. The terrain includes grass, dirt, rocks and a pool. There are two indoor areas with shift doors leading directly into the habitat, so birds have access to shelter throughout the day. This indoor space can be split into two, or connected into one large space by a shift door. This is helpful for separating birds for medical treatment, but still allowing them visual access to other birds, who can fly in and out. The aviary is also an immersive habitat, meaning guests are able to enter the habitat on a wooden deck and view birds in trees at eye-level, or look down into the habitat at the ground birds below. Staff attendants are not necessary to allow guest access to the aviary due to a double set of magnetic doors that only allow one set to be open at a time. 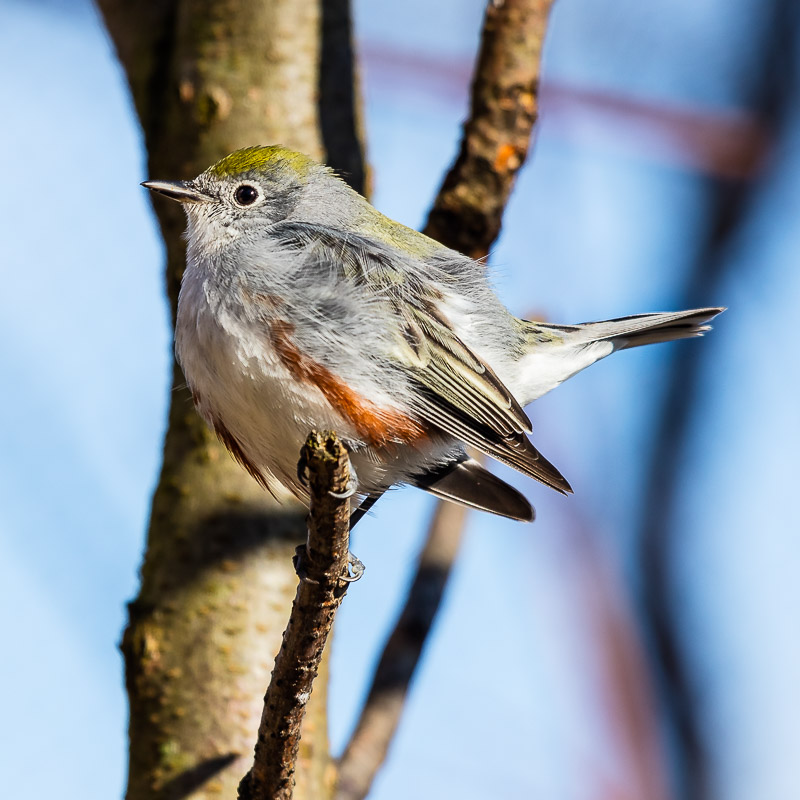 Seasonal changes greatly affect the management of this habitat. Winterization measures include the installation of multiple radiant heaters, bedding areas with straw, installation of pool heaters and a heated birdbath. Upwards of 40 cut pine trees, donated by a local tree farm, are also added to the habitat in the winter to provide natural shelter for the birds. Small migratory species, such as warblers, are housed indoors during the coldest months to protect them from the elements. These winterization tools are removed in spring, and nesting material is added in preparation of breeding season. During summer, the indoor temperatures are brought down by fans, the pool is cleaned weekly to prevent algae growth and birds are misted intermittently throughout the day with a hose from the keeper area.

Signage in our aviary promotes conservation ideas that zoo guests can implement at home, such as feeding birds and planting bird-friendly trees and shrubs in their own backyards. The birds are fed from multiple hanging feeders placed throughout the habitat, with considerations being made to place them under shelter during inclement weather. There are also multiple seed feeders with seed mix that are continually restocked so the birds always have access to this mix. During winter, chopped nuts are added to the diet to help birds maintain appropriate weight. In the summer, nectar feeders are placed throughout the habitat. The birds are also fed wax worms daily throughout the year, which is a high-value food item, typically on the deck in the morning as a part of a training program. Trained behaviors include voluntary scale training, deck feeds and having birds eat from keepers’ hands. Training our birds to come to the deck or to keepers’ hands allows for keepers to get a better visual on the birds and assess their physical well-being. Scale training allows keepers to better monitor the health of the birds and catch any medical issues early. Goals for future training include a recall into the indoor space, station training to separate each species, crate training and a voluntary footbath behavior for preventative treatment of foot mites. 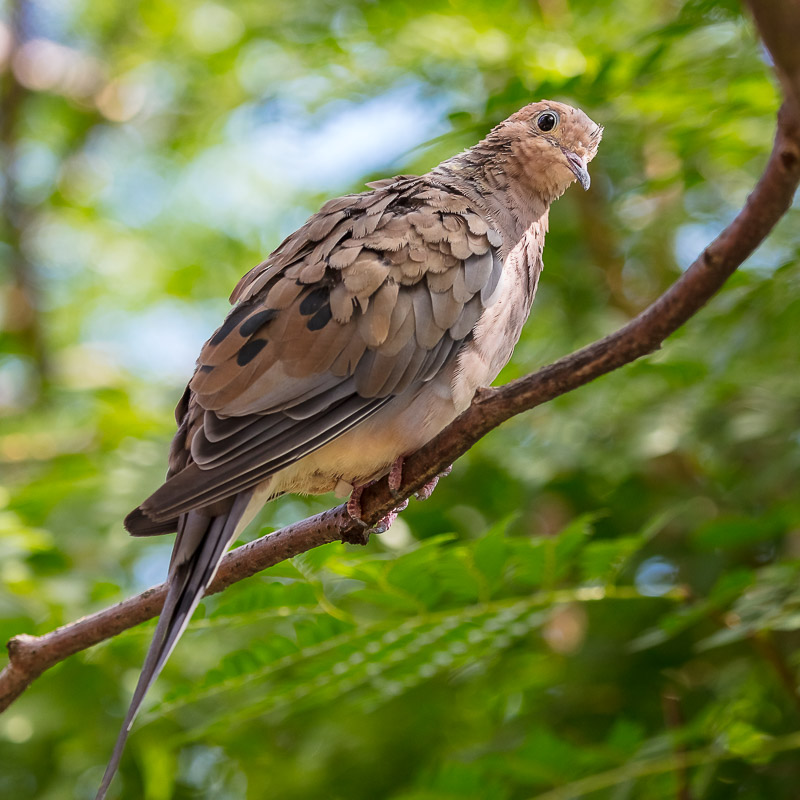 Challenges to managing a large multi-species aviary include getting visuals on birds on a regular basis, capturing birds from the habitat, tracking nests and nesting pairs and accessing the habitat when repairs need to be made due to size of keeper doors, terrain and keeping birds from interacting with construction equipment. Training deck feeding and hand feeding behaviors help with getting visuals on birds and maintaining an accurate census of the birds. Future training of crate and recall behaviors could help with capturing birds from the habitat. Tracking nests has been made easier by using plastic numbered tags to mark individual nests and an online chart that has the ID tag, species nesting, possible parent ID accession numbers and comments to update during the nesting process (number of eggs, hatchlings, fledglings, etc.).

A dynamic, multi-species North American aviary can have many challenges regarding avian management. These challenges provide opportunities for innovation, collaboration and professional growth of the keepers who take care of it. The aviary also provides many benefits to the zoo and community as it allows for educational opportunities for our local community. Recently, the Akron Zoo received a RemotEDx Grant that is a state-level initiative that brings together a unique mix of remote, hybrid and blended learning partners from across the state. The program helps schools and districts enhance, expand and more effectively scale high-quality remote, hybrid and blended education delivery models. The focus at Akron Zoo is on problem-based learning and local species conservation, with North American songbirds as a primary focus.

Akron Zoo is accredited by the Association of Zoos and Aquariums (AZA) and is a founding partner of the AZA’s SAFE-North American Songbird Program. SAFE (Saving Animals from Extinction) is a program that leverages the conservation efforts of the AZA’s entire membership, which includes 238 accredited zoos and aquariums. Primary goals of the SAFE-North American Songbird Program include: 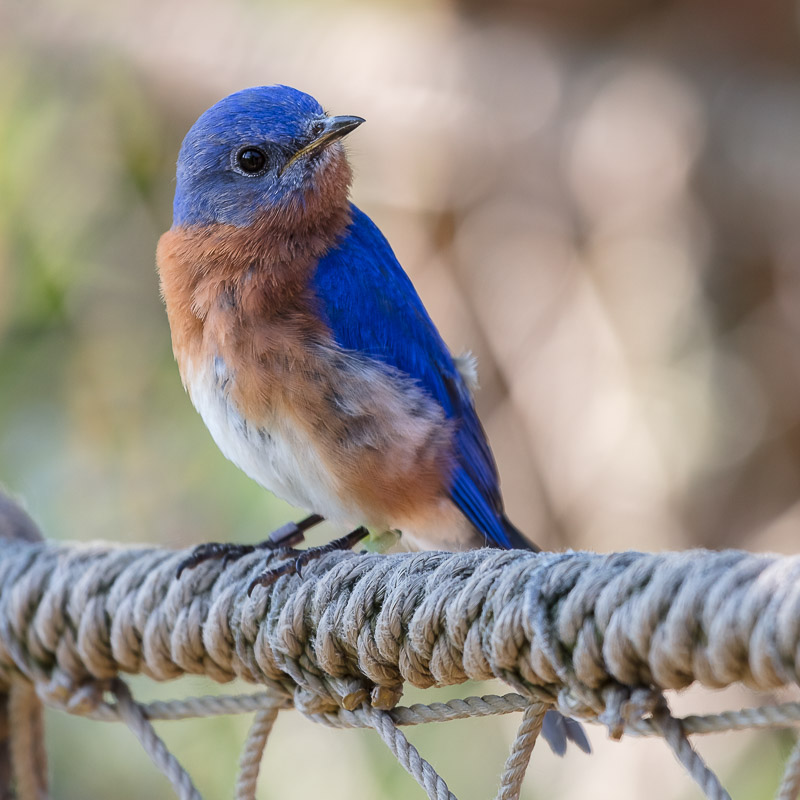 While most people think of our North American songbirds as common, the truth is that these populations have declined at an alarming rate. The biodiversity crisis has come to our own backyards. According to the American Bird Conservancy, “In less than a single human lifetime, 2.9 billion breeding adult birds have been lost from the United States and Canada, across every ecosystem and including some familiar bird species.” To put it another way, 25% of our North American songbirds have vanished from our landscape since the 1970s. Our hope is that the Akron Zoo’s North American Songbird Aviary will inspire conservation actions that prevent these beautiful species from permanently disappearing from our own backyards.

The Akron Zoo is a partner of OBCI and financially supports OBCI’s Lights Out programs through the Akron Zoo Conservation Fund. 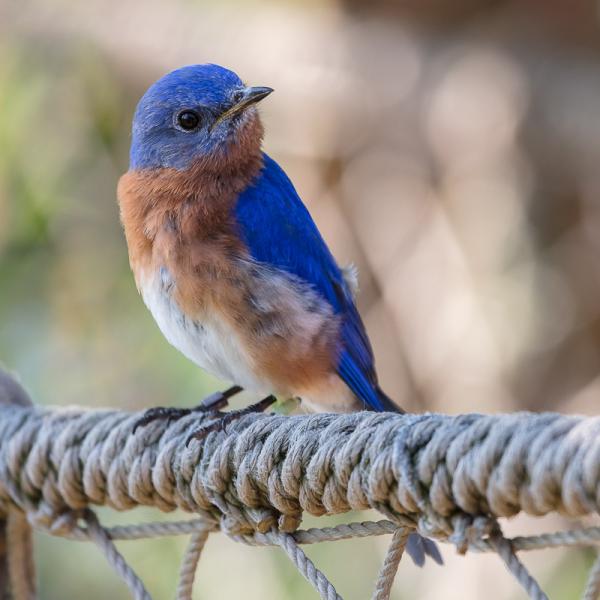