The saffron finch is a small yellow species of tanager native to South America. Both males and females have a similar appearance, though males have a slightly brighter coloration. Both have a black maxilla (upper beak), a pale mandible (lower beak), black wing and tail feathers and bright yellow bodies. These birds also have an orange crown and dark pink legs. During the winter, saffron finches live in flocks. However, in the summer they will congregate in mated pairs. Males will mate with two or more females during the breeding season.

The saffron finch belongs to the order Passeriformes. Birds in this order are often called perching birds, and they make up more than half of the world’s bird population. The foot of a Passeriformes has three toes facing forward and one toe facing backward, specialized for holding onto branches. Finches are also members of the Passeri suborder, also called a songbird or oscine. In oscines, vocal organs are specialized to produce bird songs. Oscines have the most control of their vocal muscles of any bird, allowing them to produce a wide range of songs and other vocalizations.

Saffron Finch at the Akron Zoo 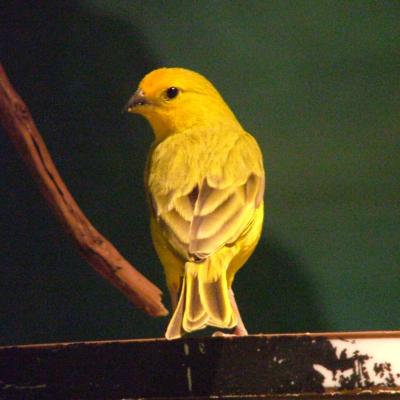 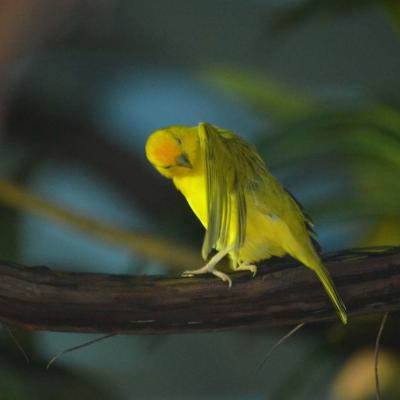 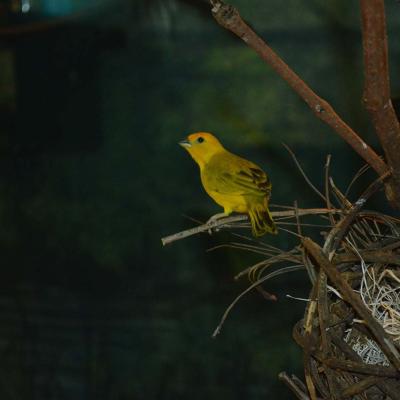 The saffron finch can be found in the zoo’s rainforest habitat, which is located in the Komodo Kingdom building. 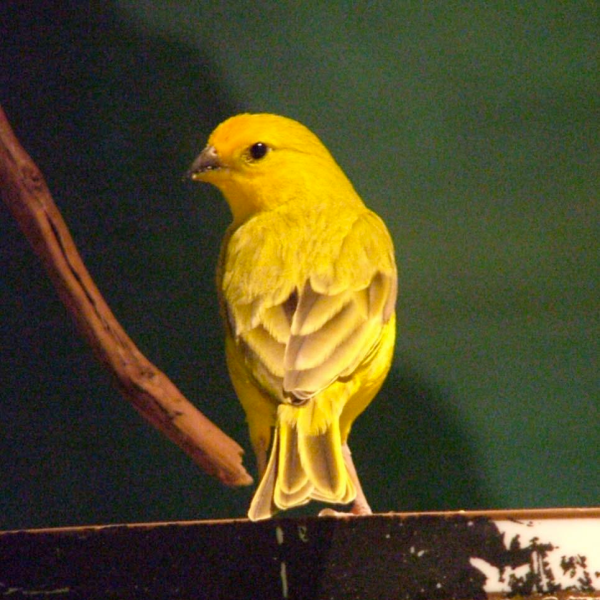 Unlike most songbirds, the saffron finch does not migrate.

These birds are found in the open and semi-open lowland areas. They typically nest in tree cavities or under the eaves of buildings.

The saffron finch will eat a large variety of wild seeds, grass seeds and insects.

The saffron finch does not currently meet the criteria for the IUCN Red List and has an evaluation level of “least concern.”