Red-breasted geese are the smallest species of goose, measuring just under two feet in length. The plumage of the red-breasted goose is a combination of brick red, white and black. This plumage becomes darker as the goose gets older. Their short bill is also black while their legs are gray. Red-breasted geese are quite comfortable living in large flocks, though they may occasionally act territorial towards other birds. Groups are energetic, often grazing at high speeds and making distinctive “ki-ioik, ki-ik” calls. During a confrontation, geese may also make sharp hisses or strike an intimidating pose, usually with the feathers of their nape raised.

Red-Breasted Goose at the Akron Zoo 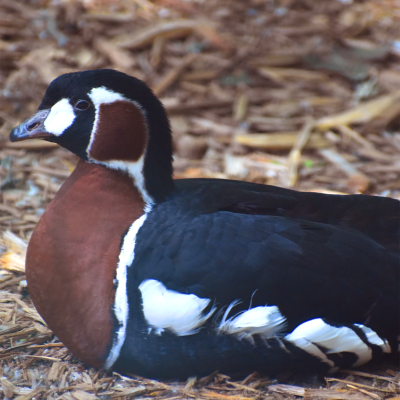 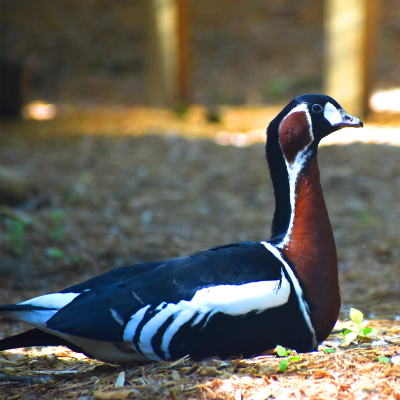 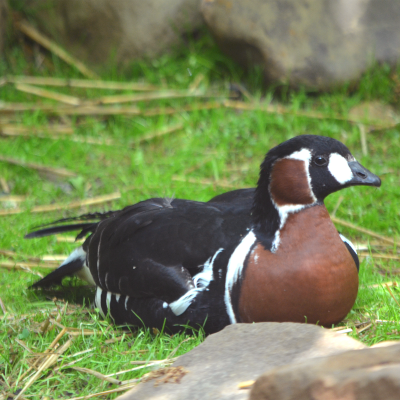 Our red-breasted geese can be found in Legends of the Wild. They share their habitat with our emperor geese and tufted deer. 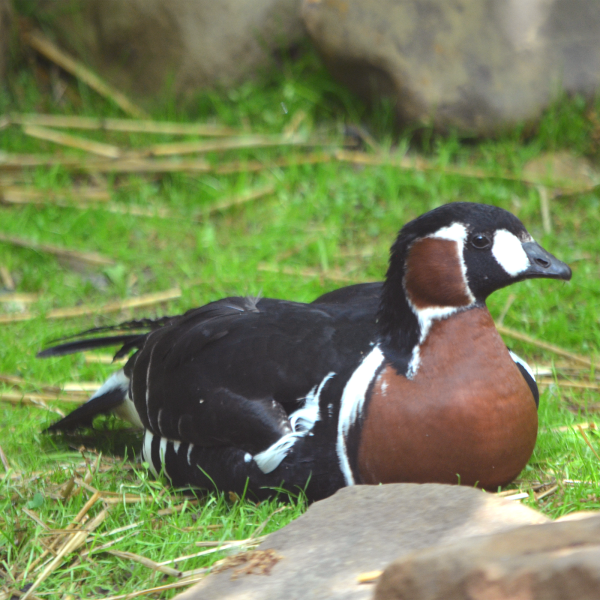 In their native habitat, red-breasted geese will migrate almost as much as 3,700 miles to their winter habitats along the Black Sea.

These geese breed in Europe, Asia and Russia and spend the winters along the Black Sea in Bulgaria, Romania and Ukraine.

Red-breasted geese are considered “vulnerable” by the IUCN. This migratory bird's population has been declining dramatically, and there are believed to be only 40,000 remaining in their native habitat They face many threats including oil/gas drilling, climate change, hunting and trapping, human conflict and animal predators. There are many conservation acts in place that offer protections for the red-breasted goose which include research and monitoring, land and water protection, species management and education and awareness programs.