These birds measure about 40 inches and weigh about 2 ¾ pounds. Their predominant color is a deep cobalt blue but they have a golden eye-ring and a golden stripe on their lower mandible. The underside of their flight and tail feathers are gray.

Hyacinth macaws are extremely social birds. They live in the wild as mated pairs. Like other parrots, hyacinths tend to gather at the end of the day in roosting trees where they spend the night.

These birds make very loud vocalizations that include a variety of very loud, harsh, guttural squawks that can be heard over a mile away in the wild. Mostly because of its massive size, these calls are much lower in frequency than calls of other macaws.

Hyacinth Macaw at the Akron Zoo 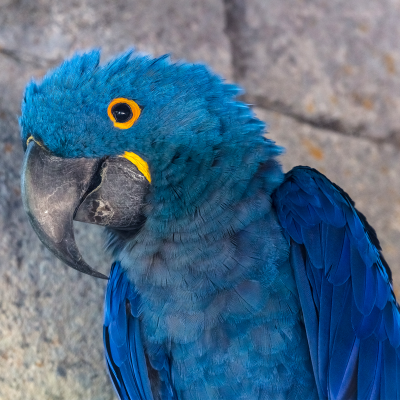 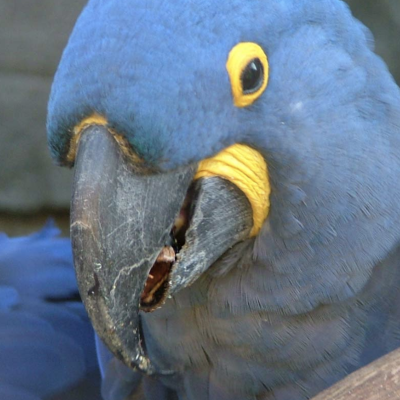 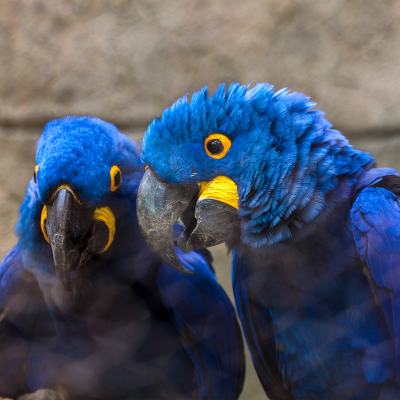 The hyacinth macaws reside in our Legends of the Wild area during the warmer months. 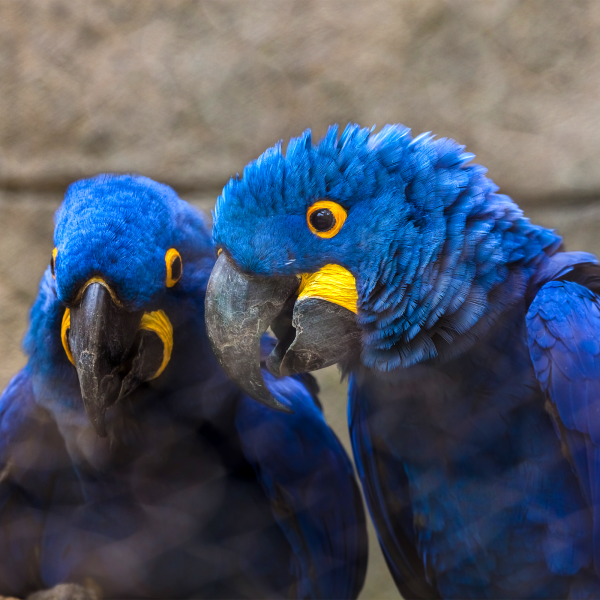 Hyacinth macaws are the largest parrot species in the world.

It is a common misconception that these birds are rainforest birds. They actually prefer lightly forested areas with seasonally flooded grasslands, such as Bolivia’s Pantanal.

These birds are found in northeastern, central and southwestern Brazil; eastern Bolivia and northeastern Paraguay.

Hyacinth macaws generally only feed on the nuts of two kinds of palm trees: the bocaiúva and acuri. The acuri nuts have a thick green covering. When they fall from trees they are eaten by cattle and pass through the cow’s digested system. The birds search through cow dung for these nuts. The bocauiuva are eaten directly off the trees.

Hyacinth macaws are listed as “vulnerable” by the IUCN Red List. Populations are decreasing due to the illegal pet trade and hunting for their feathers and meat.