Owls are warm-blooded (like mammals). Their bodies are covered with feathers. They have two types of feathers, small down feathers and larger exterior feathers. The down feathers are closer to their body and help them to stay warm. The exterior feathers help with temperature regulation, camouflage and flying. The bones of all owls are filled with lots of tiny air pockets making them very lightweight, which allow them to fly.

There are 22 species of screech owls. These owls are mostly nocturnal and do most of their hunting at dawn and dusk, but will occasionally hunt during the day. They like to bathe themselves regularly and can often be found dead in rain barrels. 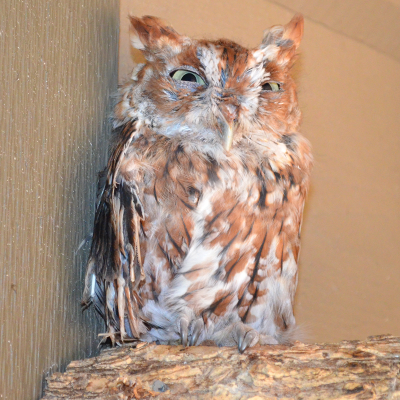 The eastern screech owls live in the porch next to the river otters in Mike & Mary Stark Grizzly Ridge. All the owls were injured in their native habitat and rehabilitated, but unable to be re-released due to their injuries. 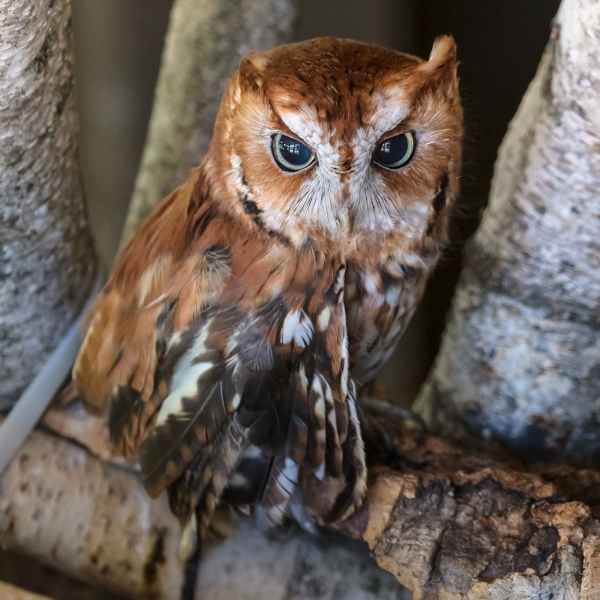 There is an old saying that their eerie call is soon followed by death and disaster. Some other common names are Spirit Owls, Whickering Owls, Demon and Death Owls.

Eastern screech owls make their homes and nests in forests and woodlands.

These owls are found from southern, central and eastern Canada down to northeastern Mexico.

They eat mice, crickets and grasshoppers.

Eastern screech owls are classified as “least concern” by the IUCN Red List, however, their populations are decreasing due to habitat loss.

The Audubon Christmas Bird Count is a citizen science project supported by the Akron Zoo.

Every December, groups of people across the country go out and count the bird species in their area. This helps collect important data that allows scientists to see how bird populations have changed, whether wintering grounds have moved and if disease has struck a certain bird species.