Chilean flamingos stand four to five feet tall and can weigh anywhere from 13-16 pounds. They have long necks and long, slender legs. Their bill is bent downward in the middle. Most of their body is covered in pale pink feathers with darker pink and black wings. Their legs are dull yellow or yellow-gray with dark pink bands at the joints and pink feet.

The pink coloration comes from pigments called carotenoids in the tiny animals they eat. This pigment can be added to the diet or the flamingoes can be fed prawns in zoos to reproduce the pink color.

These birds are gregarious, usually living in flocks numbering in the thousands. When in these large groups, they can be quite loud while making their deep, honking noises along with other vocalizations, such as grunting and howling. They do everything in these groups including breeding, feeding and flying. The large group is also the main defense. Having so many individuals increases the possibility of predator sightings, and decreases the probability of an individual becoming prey.

Chilean Flamingo at the Akron Zoo 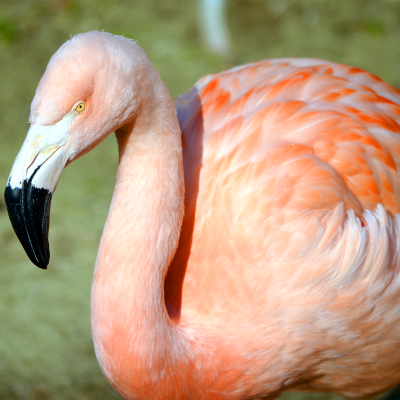 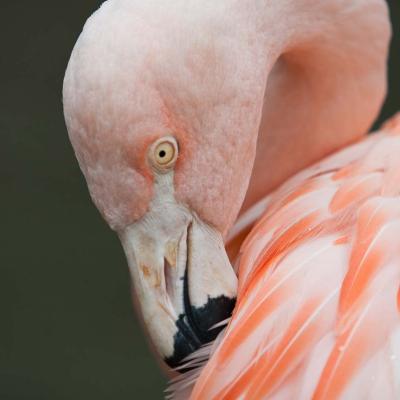 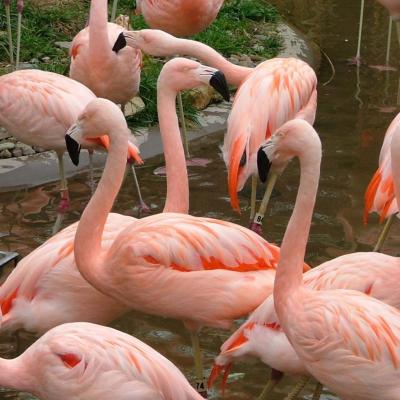 The flamingos bid you farewell as the final animal habitat before you leave, located in the Legends of the Wild area. 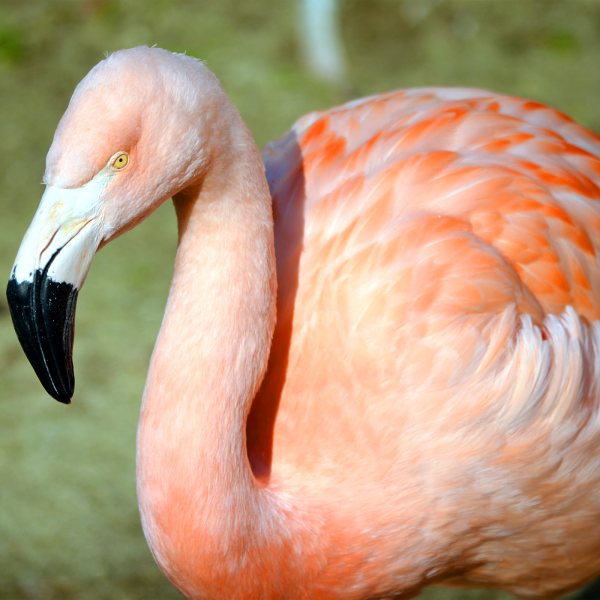 Flamingos will lock their “knees” (which are really their ankles) and stand on one leg. Standing in this manner helps them to conserve heat. They typically will stand facing the wind or rain so that the water does not get into their feathers.

They can be found in shallow, salty lakes and lagoons.

Flamingos are found in most of the lower parts of South America.

Flamingos are filter feeders and eat aquatic invertebrates, seeds and algae. Flamingos walk along the bottom of the lake kicking up the mud with their feet. They bend down their necks and put their beaks upside down into the water. Water is sucked into their beaks. As their tongue pushes the water out, it is filtered through a row of spines or lamellae along the edge of the bill which traps the food.

Chilean flamingos are classified as “near threatened” on the IUCN Red List. Populations are decreasing, mainly due to habitat loss.