The adult bald eagle plumage consists of a white head and tail with a dark brown body. The bald eagle is not really bald — "bald" meant "white" in Old English. The plumage of juveniles is an overall brown with some cream or white feathers mottled in. Bald eagles switch from their juvenile plumage to adult plumage at around 5 years of age.

Adults average 3 feet from head to tail and weigh 7-14 pounds (depending on the sex of the eagle). The adult bald eagle has a wingspan that can reach up to 7 feet. It is difficult to distinguish between the sexes, but in general, the female is larger than the male.

Bald Eagle at the Akron Zoo 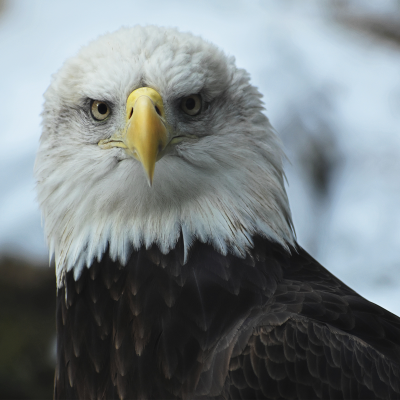 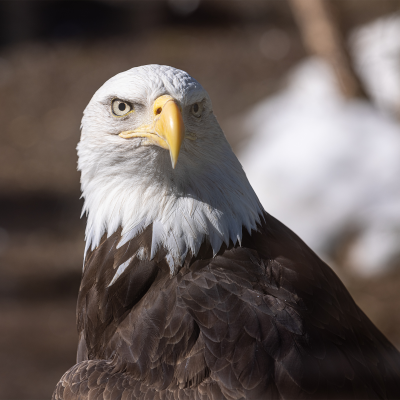 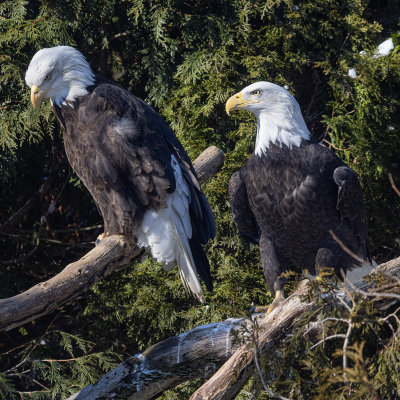 The bald eagles at the Akron Zoo call Mike & Mary Stark Grizzly Ridge home. All six bald eagles were injured in their native habitat and rehabilitated, but due to their injuries, they were unable to be released. The eagles are not able to fly as many are missing parts or all of a wing.

Because they hatched in their native habitat, the birth dates of our eagles are unknown. 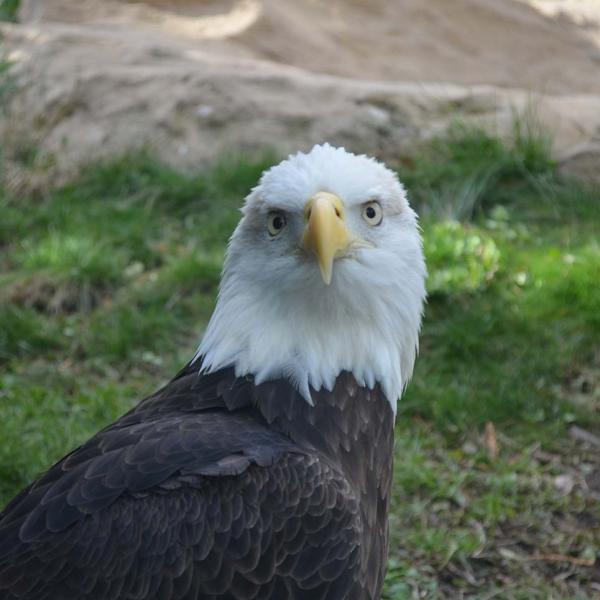 The bald eagle inhabits trees near bodies of water, both natural and manmade.

The bald eagle can be found in the US and portions of Canada.

Bald eagles are classified as “least concern” by IUCN Red List. In 2005, the number of nesting pairs in the lower 48 states was estimated at 7,066, up from the estimated 417 nesting pairs in 1963. On July 12, 1995, the US Fish and Wildlife Services announced that the bald eagle would be reclassified from endangered to threatened in the lower 48 states effective Aug. 11, 1995. Then in 2007, bald eagles were delisted completely by USFWS, but are still being federally monitored.